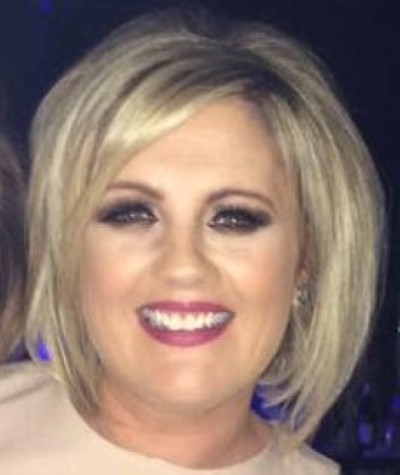 I found out I had Antiphospholipid Syndrome also known as Hughes Syndrome 8 years ago, it was not a straight forward diagnosis as I am sure has been the case for quite a few patients, some of the symptoms other than clots are very generic symptoms and can be put down to so many other things, surprisingly it was an article in a woman’s magazine that pushed me to get an appointment with a hematologist and eventually get a diagnosis.

I have quite a complicated medical history with my main issue being Auto-immune hepatitis, this resulted in me having a liver transplant Christmas 2004, following this all was OK other than the usual complications that come with a transplant and the recovery, one thing I did note was that I started to get really bad migraines, something that I never suffered with before and they started about 1-month post-transplant. I had Migraine Pain, with Aura, without Aura, with vision loss, dizziness, and nausea. My migraines were always put down to side effects of my anti-rejection medication as headaches are a common side effect. I eventually accepted that it was something I had to probably live with. I was referred to a neurologist who again said it was probably a side effect of my medication and it wasn’t investigated any further. I tried various migraine medications but nothing touched them, I suffered with them almost weekly.

Around March 2009 I was sent for an abdominal ultrasound as I had been having some mild pain in the liver area, it was discovered that I had restricted blood flow in my hepatic artery, at the time I had no other symptoms so nothing more was done. Then one Wednesday morning I woke up with the most awful pain in my right side right around my liver, obviously alarm bells were ringing, It was one of the worst pains I had felt which was pretty bad considering I had been through a Liver transplant, so I went to A & E. A CT scan showed that I had a clot in my hepatic artery and the blood flow was totally blocked to the liver via the hepatic artery. My liver had already infarcted and it was concluded that I would need another Liver Transplant, I was devastated.

Thankfully I wasn’t waiting long on my new liver just 13 days from when I was listed, I had become quite unwell from the time I was diagnosed with the clot to when I received my new liver, but I recovered well and all went back to normal, one thing persisted…. my migraines.

As a result of the clot I had been put on Warfarin and over time I noted that when my INR was low I had a migraine, I was sent to the neurologist again and he got me to do a migraine diary to see what was triggering the migraines again the only thing I noted was that when my inr was low my migraines were worse. Bear in mind I still hadn’t been diagnosed with a blood clotting disorder, the hepatic artery thrombosis was put down to “just one of those things that unfortunately happen”. The migraines continued, my sister came across an article in a woman’s magazine about a woman who had migraines and was diagnosed with Antiphospholipid Syndrome, her symptoms mimicked mine so much so that I went to my GP and asked to be referred to a Haematologist. The GP said it would be extremely rare for my migraines to be related to my INR but referred me anyway.

When I eventually got my appointment with the Haematologist, she again said it would be extremely rare if it was connected but said she would do some bloods to check for clotting disorders but one, Antiphospholipid Syndrome would take a second blood test 10-12 weeks later to confirm diagnosis. I hadn’t mentioned the magazine article to either my GP or the Haematologist for fear of being fobbed off. I returned for my results some months later and was told yes I had Antiphospholipid Syndrome. Again I was devastated, if this had been picked up after my first transplant would I have ever needed another? If anticoagulation had been started when I had the ultrasound and it was noted that I had restricted blood flow to the Liver would it have prevented my second transplant? I went around in circles. Although I was almost certain that I had Antiphospholipid Syndrome before being diagnosed it didn’t make the diagnosis any easier. There was no new treatment as I was already on Warfarin but at least it gave me some answers.

I still suffer from Migraines when my INR is lower than 2.5 yet my range is 2-3. I can tell when my INR is low before it is checked not only from my Migraines but just in general, everything is sluggish, my joints feel stiffer, my head is foggy and my memory is worse. I will remain on Warfarin for the rest of my life.

Get Involved… Save A Life