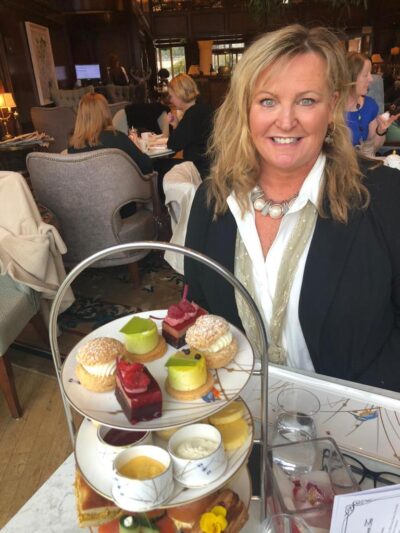 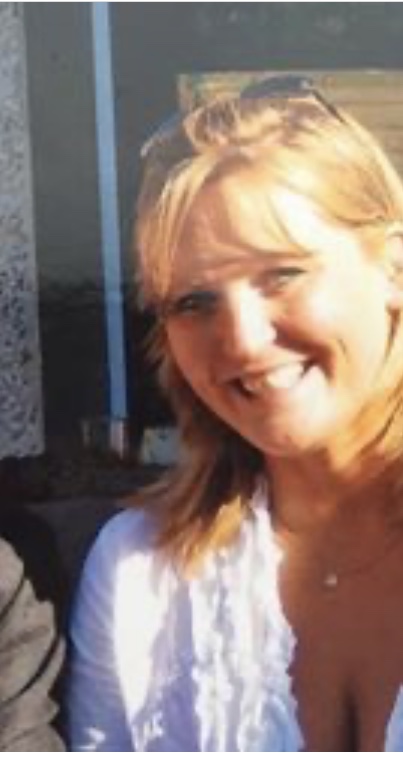 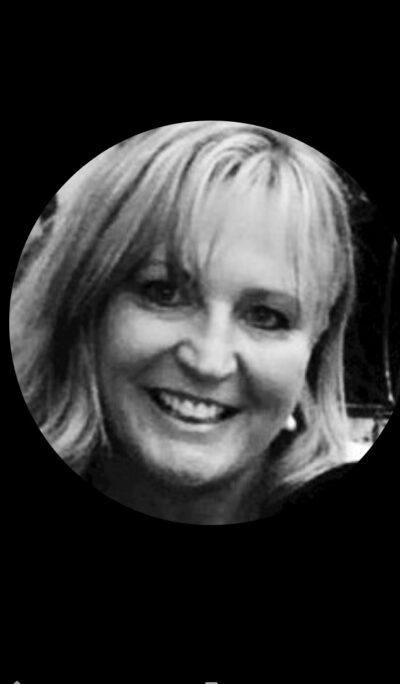 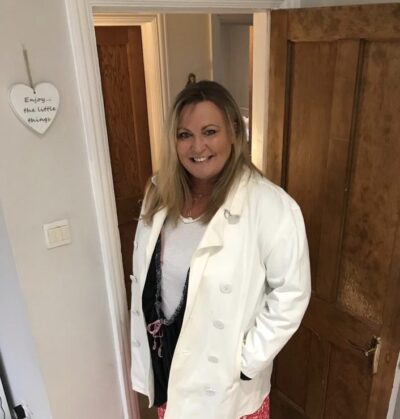 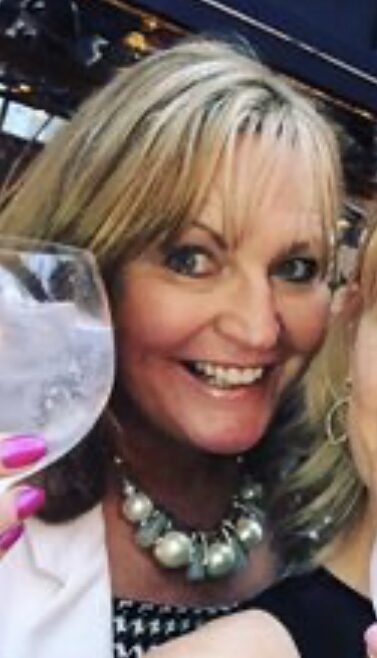 My name is Sarah Shields I was born in 1967, I grew up in Terenure Dublin and live in Terenure now with my husband John and my 4 children Andrew, Katie, Stewart, and Patrick. In 1993 age 23 I became pregnant with my first child, I was living in London at the time. As my pregnancy entered the 6month we returned home to Ireland by ferry. I was in the car for a long period of time when we traveled from Pembroke to Rosslare. We arrived in Dublin very excited, moving into our new home and looking forward to our first baby to be born. Within a week I felt a very bad attacking pain at the back of my calf in my left leg, it felt very heavy and I could not walk on it. I visited my obstetrician and met him for the first time, he advised me to go straight to the hospital an emergency bed was waiting. It was very frightening as I really did not understand the severity of what was happening. I was brought to a bed and hooked up on IV anticoagulant and was not allowed to move from the bed for approximately 3 days. I was then sent by ambulance to a general hospital for a scan. A large blood clot DVT deep vein thrombosis had formed in my groin/pelvis area. I remember there was a team of about 6 around me discussing the diagnosis. I was young, very scared for my unborn baby, and felt very alone. I was then returned by ambulance to Holles Street where I was monitored closely on IV coagulants, wearing compression stockings, and resting for about 4 weeks. I was then taught to inject myself with heparin (anticoagulant) three times a day into my belly. This was very hard and very distressing as I was so worried about my little baby. I was worried I would harm him. My belly was very bruised and as I was pregnant it was very difficult to find an area that was soft. Andrew was born 6 weeks later, he was healthy and well absolutely perfect beautiful bouncing baby boy thank God, the only downside was I was unable to have an epidural!! Epidural was not allowed as posed an increased risk of bleeding into the spinal fluid. But my recovery was quick and I continued to use the heparin for a further 6 weeks. Subsequently, I had three more children. I was advised after Andrew that if I became pregnant I would have to inject heparin 3 times a day again. This was a small price to pay for my 3 other children Katie, Stewart, and Patrick. Katie was born naturally – Luckily for the birth of Stewart and Patrick I was allowed an epidural – I was advised that I could stop the blood thinners the day before that was great!! My diagnosis at the time was that this was all hormone-related and not to use the contraceptive pill in the future or any form of HRT. My last pregnancy with Patrick was in 2000.

Fast forward to 2017. I was perfectly healthy, busy working, I own a Montessori so I am kept on my toes!! My son Stewart’s debs was coming up it was an exciting time but I I felt generally very unwell. I could not pin point what the problem was but I was feeling very lethargic and fatigued. Three days later I woke up in the morning with a pain in my left leg this time it was above my knee, the pain was excruciating it felt like a vein was going to burst. I actually thought it could be a varicose vein. I went to my GP and he advised me to go to A&E as the time went on the pain was getting worse and famiiar to me. The wait in Tallaght A&E was hours long. I was finally seen by a Doctor I said to him I think it could be a blood clot and told him my history. The department was very busy he said it would not be necessary to scan. He said he would arrange for me to have some blood tests done on the Monday and gave me a shot of heparin. I was sent home. The pain was so bad I was very scared and returned to A&E the following day this time I insisted on a scan. A mini doppler exam was done and it was confirmed I would be admitted and would see a haematologist. I was brought to a corridor where there were beds lined up and only a screen for privacy. I was in so much pain I was crying as the pain was so bad and was then administered morphine to ease the pain. I was sent home 2 days later given heparin to inject and given strong pain killers for the pain. I could not walk out of the hospital, my husband had to bring me to the car by wheelchair. I was told by the Haematologist that I would see her for a follow up in a couple of months. The following day I was passing out, I could not sit up or stand and could not speak I was in so much pain even with the pain killers. This time my husband brought me to St Vincents hospital. Immediately I was scanned properly, given pain relief and was referred to a vascular specialist and a haematologist. It was confirmed I had a potentially fatal clot DVT deep vein thrombosis which led from my knee to above my pelvis. I was confined to bed. I had to have a procedure called thrombolysis where a line was inserted in my calf and led through my pelvis with an anticoagulant that dilutes and breaks up the clot. This procedure has its risks, but I was monitored in the ICU. The following day a stent procedure was done, the stent was placed in my iliac vein as the Vascular Doctor discovered that this vein was compressed this is called MTS – May Thurner Syndrome which is what I was diagnosed with along with a diagnosis of Factor V Leiden. Factor V Leiden pre dispositions your body in creating clots. Thankfully the clot was fully dissolved and I was then prescribed blood thinners indefinitely as this was an unprovoked clot.

I accepted that this was how it was going to be but was very traumatized by the whole ordeal. I eventually went back to work and within a few months, things were back to normal. Approximately 7 months later we went to a gig in the O2 and we were sitting in quite a confined space for about 2 hours. The next morning I woke with an attacking pain in my right calf. I could not believe it, I knew straight away I was in trouble. I went to A&E and as I was on blood thinners called Xarelto the Doctor decided to do a D Dimer test this will show if it is raised if there are any clots. My D Dimer reading was fine within the normal range, he said I was to go home. My husband insisted I get a scan to be on the safe side, reluctantly they agreed. I was scanned two days later as an outpatient on my lunch break I was sure I would be ok and I was wrong. I was led from the scan to a bed on a ward. I queried with the nurse why was I was being brought there she said I was being admitted as there I had a clot in my right calf, I was absolutely gutted. Hematology assessed me and then changed my blood thinner to a different type called Eliquis to be taken twice a day. I was home 3 days later when the clot had dissolved. That was in October 2018 I am delighted to say “touch wood” I’m doing great, I wear my thigh high compression stocking on my left leg every day as the veins are very damaged and the stocking prevents any swelling or pain. If I travel by aircraft I hydrate, hydrate, hydrate, and wear compression stockings on both my legs, I get up and move around every 20 mins. There is a happy medium in terms of pain management between not doing too much exercise and not doing too little. Every day it’s in the back of my mind and I really do worry will it happen again. I did not know I could re clot on blood thinners so that was a big shock. I am so very grateful for every day and live my life to the full. I am blessed to have a wonderful family who I adore and a job that I love. My advice to anyone who suspects something is not right, calf pain, heaviness, heat, swelling in your leg – always get it checked, it is better to be safe than sorry!!