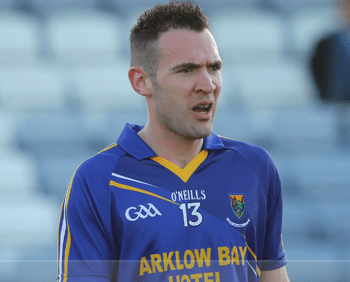 Hi, my name is Patrick Byrne and I am delighted to be able to say that I am a survivor of multiple DVTs.

In October of 2012, a few days after losing a county final in Wicklow I began to get a burning feeling in my knee. Thinking that it may have been as a result of the match I chose to ignore it. Over the next few days, the burning pain began to move up my groin and ultimately I went to my local GP who advised that it was a muscular injury, however, a few days later I went to the local hospital to get a scan where it was confirmed that I had a DVT. Given that there were none of the usual contributing factors in my case i.e. long haul flights, surgeries, and given my age, I was advised that this shouldn’t happen again. So after 12 weeks of taking Xarelto, I returned to inter-county football with Wicklow and didn’t have to take any further daily medication.

2 years later while on a trip to Paris, I began to feel a burning pain in my groin again. Once I got home I went straight to the hospital and a DVT was located just under my left lung. Upon further tests, it was discovered that I had Factor V Leiden, given that I had 2 DVTs in two years, and given my blood genetics it was advised that I remain on daily blood thinners.

At that stage, I thought the worst of what I would no longer be able to do in my daily life. I was lucky that I was a patient of Dr. Ni hAinle in the Mater and after a consultation with her, I started taking Eliquis, a form of Apixaban. I have to take 2 doses a day but I can vary these doses in order to allow me to continue to play contact sport.

I am glad to say that 6 months later I was able to play again Laois in the Leinster Senior Championship while being an active user of Eliquis.

In summary, I am very lucky that I was able to catch the DVTs before any permanent damage occurred and very lucky that even though I am on daily medication it has very little impact on my day to day living.

My advice would be that know the signs of a blood clot and if in any doubt go to your local hospital and get an ultrasound scan.