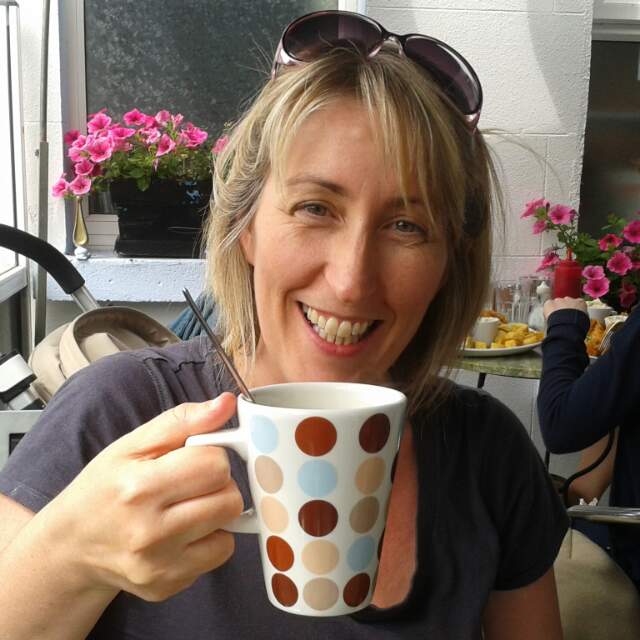 In September last year I was diagnosed with breast cancer. At the time I had to take sick leave from my full time time job as professional violinist to have treatment.

I had my first surgery at the start of October and then I had a further surgery at the end of October. The second surgery involved a mastectomy and taking lymph nodes from my right arm, which was a concern to me as I could develop lymphedema and it could affect my career.

In December I started chemotherapy. Because of the risk of lymphodema the only arm available for me to have the infusions was my left arm. The oncology nurses wanted to insert a picc line to avoid the hassle of looking for veins every week and also the chemotherapy is meant to be quite hard on veins. I had a picc inserted in my arm in early Dec. During the insertion of the picc the nurse flushed it and I could hear water in my ear! She double checked what she had done and then sent me for an xray to check it. In the xray they noticed it had twisted at the tip so they told me to come back the next morning to have it redone by a doctor. That night it was sore around my neck area and I had palpitations during the night. When I went the next day the doctor looked at it under xray and said it had rectified itself. The following days I complained about neck pain but was told it was probably anxiety, or the way I was holding myself, maybe being nervous about having it in. The doctor said I had no nerves in my vein so it couldn’t hurt. The nurse suggested using voltarol on my neck.

My first chemo followed so I wasn’t feeling great and at this stage my neck was still sore but also my underarm. I complained again but again was told that picc lines can be a bit annoying. The following day I could hardly lift my arm in the shower to wash my hair and when I got out I noticed my forearms were different colours, I knew something was wrong so I drove to the hospital. It was there they looked and noticed my upper arm was slightly swollen, I was sent for an ultrasound and they discovered I had developed a DVT the full length of the picc. It ran from my elbow up into my jugular and to my heart. The oncology team consulted with the vascular team in Dublin and they then removed the picc line. I was injected with heparin and sent to Dublin where I spent 8 hours in A and E waiting to see the vascular team. A doctor from the team came down to see me before I was admitted and I mentioned that I needed that arm to work and she replied ‘You’ll not play the violin again!’

When I was admitted a heparin drip was put in my foot and my arm was wrapped and put in a sling. The doctors decided that they would like to try to remove the dvt as it was relatively new but after consideration I decided not to do the procedure. The side effects of bleeds and a stroke just seemed too frightening, as I was still more concerned about surviving the cancer. I felt I didn’t need any more risks. I checked with my oncologist would I still be able to use that arm for my chemotherapy and when he said yes, I was happy to go down the route of blood thinners.

I left hospital just before Christmas with a prescription for innohep and a couple of tubigrips for my arm. That was the full extent of my care. After a week a vascular doctor rang and told me she would send me a prescription for a compression sleeve. One of the oncology nurses referred me to a hospital physio and 6 weeks later I got a sleeve. I attended the physio for exercises for both arms and she was helpful but the symptoms were still there. I stopped wearing the sleeve as it was making my hand swell and my neck sore. I continued to have chemotherapy throughout this time through whatever vein in my arm the oncology nurses could find. Sometimes finding a vein took over an hour. At my vascular follow up appointment 3 months later I brought a list of questions to which I got no answers. I wanted to know about flying, playing the violin, exercises, anything to improve the symptoms but the doctor didn’t answer any of them. In fact he googled the answer to my flying question. I told him my oncology team had thought I would stay on innohep until the chemo was over so he wrote me a prescription for another three months. I assumed they would do another ultrasound but no, he signed me off saying ‘ too many cooks spoil the broth’ That evening he rang me and said he had seen a letter from my oncologist saying that my team would be guided by them as to when to come off the innohep. So he changed his mind, told me to finish up the innohep in a week and not to use the new prescription. That meant I finished the innohep 5 weeks before the chemotherapy ended.

Since all this has happened I have intermittent pain and heaviness in my arm and swelling in my hand. I’m concerned I may never be able to return to full time playing again. I’m unsure as to when I can fly again. I don’t know what exercise is safe, whether weight-bearing exercise is a good or bad idea, really I’ve had next to nothing in follow up care.