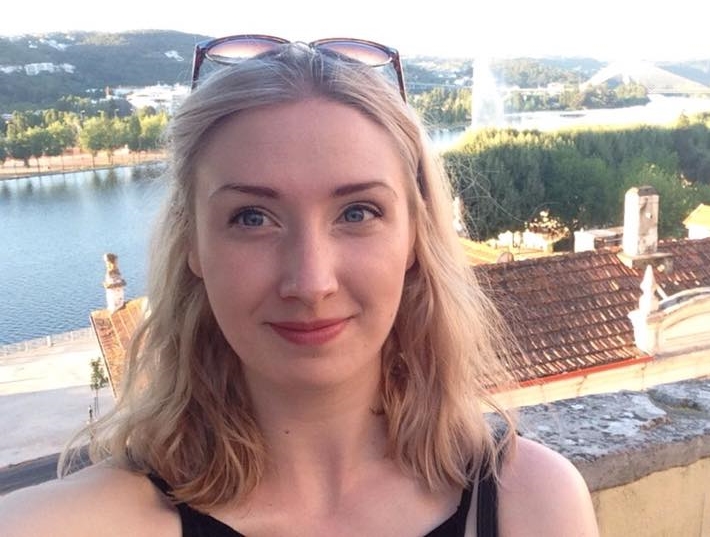 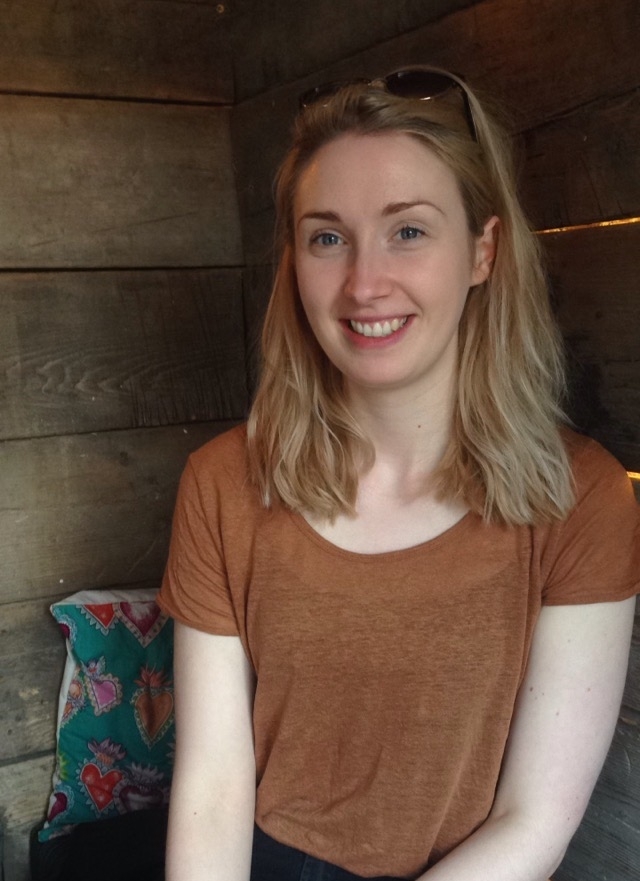 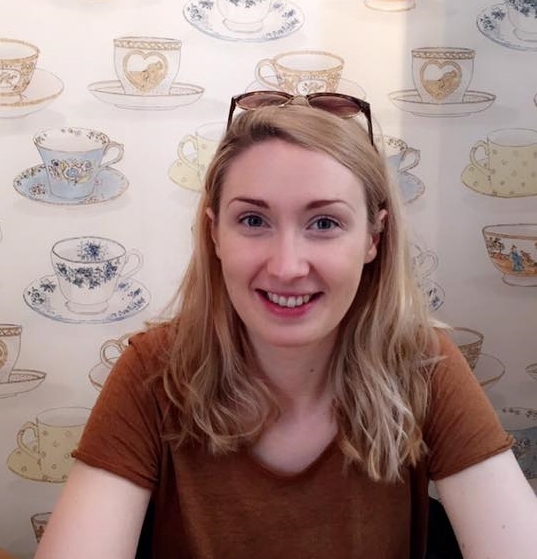 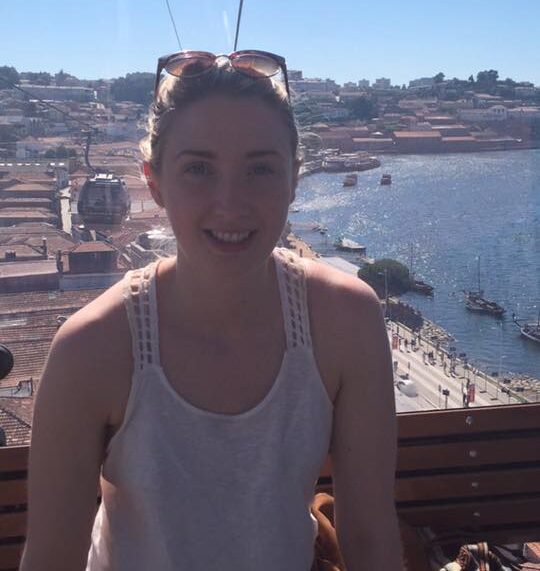 My story began in February 2013. I was a normal 18-year-old and my biggest worry was getting the Leaving Cert out of the way and deciding what I should put on my CAO application.

I had just completed my mock exams and noticed I had a tickly cough and a strange whistling sound every time I took a breath in. My GP was on holiday so I was seen by a locum at my local medical centre. I was told it was ‘just that time of year’ for coughs to be going around. I didn’t think much of it and just put it down to being run down after the mocks. The next day, I noticed I was a little out of breath while walking. I went to my first class which was up a flight of stairs. When I got to the top, I really struggled to catch my breath. I went into the bathroom and it took me 10 minutes to calm my breathing down. After class, I went back to the medical centre and was seen by another doctor. At my Mam’s insistence that something was wrong and fearing a clot, the doctor told me to go to Kilkenny A&E just to be on the safe side but was almost certain that it couldn’t be a clot because of my age and the fact that I was only on the contraceptive pill for 3 months.

I was kept in Kilkenny hospital overnight and had a CT scan the following morning. Within 20 minutes of returning to the ward, a number of people in white coats came to the end of my bed and closed the curtains. I was told I had substantial blood clots in both lungs (bilateral pulmonary embolism) and needed to start blood-thinning treatment as soon as possible. I was given an option between Warfarin and Xarelto, which I was told was only a few months on the market at the time. I wanted to choose Warfarin as I didn’t like the sound of a ‘new’ drug, but I was advised that Warfarin would be difficult to manage and I’d miss a lot of class and study time to go for blood tests. They informed me that Xarelto would be less hassle and I was told I could go home that afternoon if I picked Xarelto, so I did.

The following day, I felt exhausted, scared, and confused. I went for a nap after lunch and woke up at 3 pm. I decided to get out of bed and when I stood up, I had an excruciating, shooting pain down the left side of my arm. I couldn’t hold myself up and I fell across the chair beside my bed. I managed to grab my phone (which was thankfully unlocked) and dialed my Mam. When I didn’t respond, my Mam came up the stairs and saw me, conscious but hardly able to speak. She quickly rang Kilkenny hospital to ask what she should do and they told her to drive me to the hospital. She got me into the car but I couldn’t hold myself up straight and my body kept falling across the gear stick, making it unsafe for her to drive. She quickly decided to abandon that idea and rang 999. I can remember thinking ‘This is how I’m going to die’ and seeing my Dad in the car holding my hand, telling me to keep my eyes open and stay awake. When the ambulance arrived, the paramedics said my oxygen levels were dangerously low and they needed to take me to the nearest hospital, which was Clonmel.

I was kept overnight in Clonmel and was told by doctors there that I was possibly too young to take Xarelto and that it didn’t seem to be working for me. They put me on Warfarin and I was discharged the following day. However, as the days passed, I felt like I was getting worse. I still felt short of breath and I was unable to lift my arms, in particular my right one.

My GP returned to the medical centre and upon hearing what happened to me, he rang the house phone. He asked me to talk him through exactly what happened from start to finish. He asked me to come into the medical centre the following morning so he could check a few things. When I arrived, he said that something wasn’t making sense to him. He listened to my chest and said I had a murmur in my heart. He told me to go to the Beacon hospital in Dublin and that a heart consultant would meet me in A&E.

By the time we got to the Beacon, I felt very weak. When I went to A&E, the consultant arrived shortly after – he came out of the theatre to review me. He ordered a CT scan and further blood tests. The CT scan showed that the clots had prevented oxygen from getting to half of my right lung, which was now completely black. It also showed that I had a massive clot in the right artery of my heart. I was admitted to ICU and hooked onto a blood-thinning drip and various other machines. This time I really thought I was going to die, and almost wished I would if it meant the pain would stop. I almost lost my lung, but thanks to the quick thinking of the consultant, I didn’t. I was later transferred to the cardiac unit and stayed for just over a week.

After being discharged, it took me a long time to recover physically and mentally. I needed to ensure I stayed active, taking very short walks to start with and gradually increasing over time. I was unable to go back to school as I couldn’t sit for extended periods of time. However, I was lucky to have a very supportive Principal who organised homeschooling for me a few hours a week. I was also able to sit my Leaving Cert using a computer to type as crouching over to write was too difficult due to the damage to my right lung.

I was on Warfarin for 6 months and I was tested for Lupus, Factor V Leiden, and a variety of blood clotting disorders. The results all came back negative and it was concluded that my clots were caused by the contraceptive pill. I was advised to never take anything that has oestrogen in it.

Always listen to your body. I wish I had listened to mine sooner and had the confidence to speak up when I knew something did not feel right. It is always better to be safe than sorry when it comes to blood clots.

Listen to your mind. Not only did I take a long time to recover physically, but it also took me a very long time to recover mentally. I felt isolated and was too ashamed to say I needed help with my mental health after diagnosis. I went for a series of counseling sessions and it was one of the best things I’ve ever done for myself. Thrombosis can be life-threatening and for some people, it can be extremely traumatic. To any current thrombosis patients, I would encourage you to reach out to family, friends, a counsellor, or Thrombosis Ireland for help.

Unfortunately, Thrombosis Ireland did not exist when I was going through my journey, but I am so glad they are now there to provide support to patients by helping to reduce the sense of isolation and helping people with Thrombosis to live more confident and independent lives.