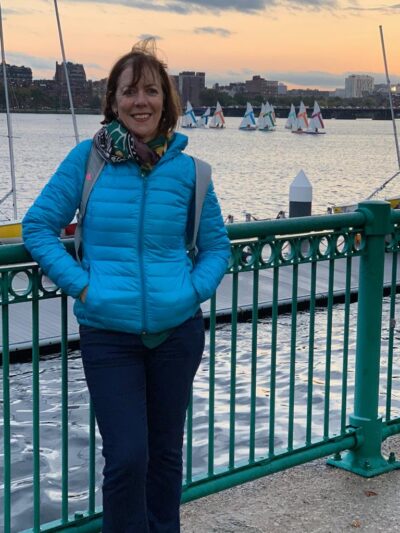 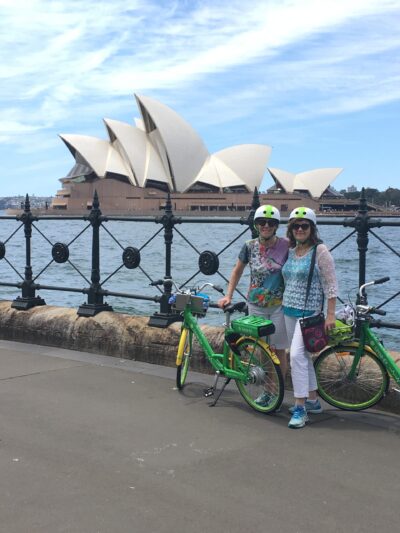 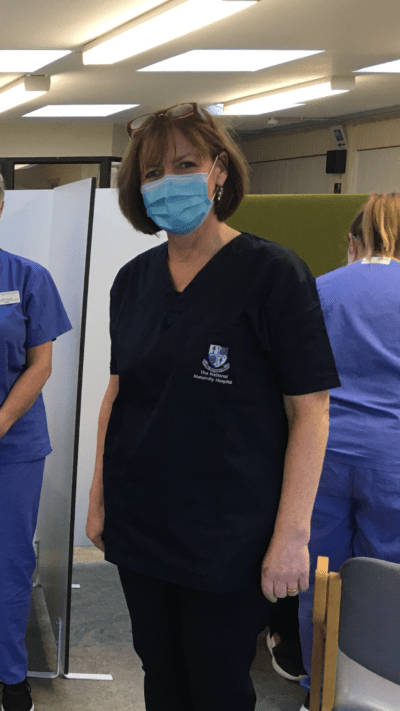 Venous Thromboembolism – My Personal Story
Having worked in healthcare and midwifery for more than 30 years, I have always been aware of the danger of Venous Thromboembolism (VTE). I just never expected to be one of those people who experienced this frightening medical complication, as a low risk, fit, healthy person of 54 years of age. This story will explain how I became a VTE survivor and how fortunate I feel to have emerged unscathed!

I am not usually lucky enough to be a long-haul frequent flyer but 2018 was different. I was really fortunate to be awarded the Florence Nightingale Leadership Development Scholarship from Florence Nightingale Foundation in London which was sponsored by the HSE National Clinical Leadership Centre and The National Maternity Hospital. It involved a wonderful year of leadership workshops and networking opportunities and extensive travel during the year. I availed of a short programme in Harvard Business School, Boston at the end of October 2018 and I then flew to Australia in early November 2018 for three weeks.

I travelled to Brisbane, Sydney, Melbourne & Perth, visiting new maternity hospitals and networking with midwifery colleagues in all of the sites I visited. In total there were twelve flights during that month between long haul and internal flights in Australia. I had taken low dose aspirin for several days before outbound and return flights. I was careful on the first couple of long flights to move about, keeping hydrated and I wore the anti-embolic socks. My sister Mags was my travel companion and she was really diligent about wearing her anti embolic socks on every flight. However, I think complacency set in for me after so many flights that month and I didn’t bother wearing the socks on the last flight home.

On 7th December on my final flight, I was sitting in the middle seat blocked in by a fellow passenger who was sleeping for the entire flight. This passenger was extremely obese and I was forced to sit in a cramped position in my seat as she was unfortunately occupying part of my seat. I did not move at all or drink any water during the seven hours flight.

As we waited for our luggage in the arrivals hall I remember saying to Mags that I felt some calf tenderness but I dismissed the thought. It was the weekend then and as I had been away for a month, I wanted to socialise with friends and to play 18 holes of golf. My husband was abroad at work at the time, so I then drove on my own to visit my mother who lives one hour away. I felt fine until 48 hours post flight when I was driving back to Dublin. I experienced a strange sensation almost like “butterflies” in my chest. I drove home and went to bed early just feeling tired.

On 9th December I woke around 3am with an acute pain in my chest. Being an experienced nurse and midwife, it immediately occurred to me that this could be a Pulmonary Embolus (P.E). However, I suppressed the thought, got up and made myself a cup of tea and wrote a few Christmas cards thinking the pain would ease off. The next morning I was not feeling too well but I didn’t want to phone in sick that day, having been away for a month. At the back of my mind I knew I might have a pulmonary embolus but nevertheless I didn’t act immediately to seek help. I packed an overnight bag and put it in my car in case I needed to go to the hospital later. I went into work in the National Maternity Hospital, where I am the Director of Midwifery and Nursing and went to all the wards and departments to catch up with colleagues.

On and off I experienced chest pain but it didn’t worsen until late afternoon. I mentioned the pain to my medical colleague and she immediately phoned the Emergency Department in St Vincents University Hospital and asked the on-call consultant to see me. I went over in a taxi and was immediately triaged. I had a chest x-ray very quickly and some blood tests including D Dimer. Those results were indicative of a PE. At that stage a further more detailed scan was conducted within a couple of hours which confirmed the diagnosis of bilateral Pulmonary Emboli. It was extremely frightening but the staff in the emergency department were absolutely terrific. I received a bolus dose of heparin to dissolve the clot shortly afterwards.

I specifically remember a nurse called Dervla who was really kind to me. She administered IV paracetamol immediately following my request for pain relief and at all times was patient and kind, despite the fact that the Emergency Dept was full. I spent another 24 hours in the Medical Assessment Unit. When I had no further complications or exacerbation of pain, I was discharged the following day, armed with my prescription of oral anticoagulant, Xarelto which I was to take for 6 months.

I feel extremely fortunate that within a week I was well again with no side effects. Despite all my clinical experience I think I was in denial, I waited 24 hours to seek medical advice and treatment. I think there is still a very poor awareness of the possibility of VTE occurring in a low risk person. It has encouraged me to try to assist in getting the message across to the general public of the dangers of VTE.