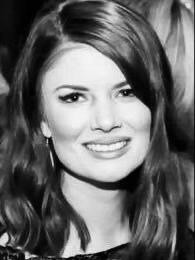 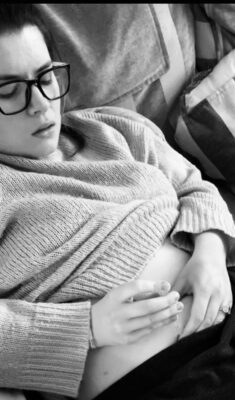 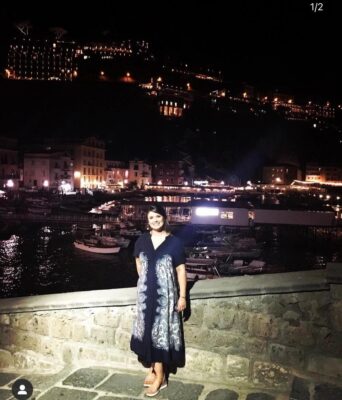 My history with DVT & PE – Ailbhe

I first experienced a DVT in 2019 while on a family break in the Gaeltacht area my family comes from in Co. Galway. I felt my lower left leg swell & throb with pain and heat. I had been feeling very lethargic in the previous 12 hours. I put it down to having gone for a run that morning and end of term tiredness after a busy year as a Primary School Teacher.

My sister immediately mentioned a blood clot, recognising the symptoms from an article she had read. She encouraged me to get medical advice and to get in the car immediately- she was bringing me to hospital.

A Doctor out of hours listened to my symptoms and also advised to attend an Emergency Department as soon as possible. All signs were pointing to a DVT.
You quickly realise the privilege of having a choice of hospitals within commuter distance in Dublin when the nearest ED that night was 43km away.

28 hours later, after all other potential injuries were ruled out, a D-Dimer blood test came back positive. I was given an anti-coagulant injection and returned for a Doppler ultrasound the following day. The oral contraceptive pill I had been taking in combination with skin medication was seen as the cause of my first DVT. I had no sense of how this would impact my life going forward, beyond the tiredness I felt for about 2 weeks. I recovered within a month having no issues diving off a boat and swimming through Lagoons on the Almafi Coast in Italy later that summer.

Whenever I mentioned my history with DVT at any medical consultations, a question mark was raised when I wasn’t placed on a course of blood thinners for 3 months. I’ve since learned that traditionally, medics didn’t jump up and down when DVTs occurred below the knee and the once-off injection was suitable treatment. In the interim, my GP advised me to move regularly on flights and to get in contact if ever flying for over 4 hours.

Fast forward to 2021, I prepared for a planned surgery to diagnose and excise Endometriosis with my DVT history in the back of my mind. My surgery was relatively short and as soon as I could, I focused on taking regular walks and pumping my legs while resting- doing everything to avoid any repeat of a DVT.

4 days after the surgery I began to recognise the signs of a DVT in my lower left leg. It started with a niggle in my Achilles, gradually consuming my calf and ultimately feeling like it would burst and couldn’t tolerate weight. I also felt light headed with a strong pain in my forehead preventing me from turning my eyes towards the right. Another sister rushed me to hospital while I contacted the hospital my surgery was performed in as well as contacting my consultant. When a blood test released some of the pressure I was feeling in my leg, I knew I wasn’t imagining my symptoms and was experiencing another DVT. Within 25 minutes of arriving, my consultant had me scanned, diagnosed and admitted to hospital. I was injected with the treatment dosage of heparin injections.
His care for me was incredible & unwavering. Laparoscopies had never resulted in clotting incidents in his experience.

I began the recommended course of oral anti-coagulation.

A week after being discharged, I developed pain radiating from the left across my chest, a heavy headache and pain in the upper inner thigh. I returned to the hospital my surgery was performed in again. An abnormal ECG prompted an ambulance transfer at 3:30am to a different hospital to avail of their equipment for the scans I needed.
I had moments saying goodbye to family in my head with the pain I was experiencing in my chest. From 8am, things started moving. A chest x-ray and CT scan was performed and later a Doppler ultrasound. Again, I felt pressure release momentarily whenever a blood sample was taken or when I was given an injection of Heparin. The scans performed appeared to result in false negatives. I was sent home with ongoing symptoms and a high degree of fear. I had remained calm through the day while advocating for myself but couldn’t breathe while crying on the phone to my fiancé and my family. Once again, my Gynaecologist remained in touch, bringing calm to the situation and did everything to seek second opinions on my scans.

My gut instinct told me the ongoing pain throughout the next two days wasn’t anxiety despite a really difficult series of events. I contacted my GP who decided I had too many red flags and needed to attend an ED again. I decided to attend a private hospital when my symptoms coincided with the HSE cyber attack and my confidence was low from the experience two days previously. I’ll be forever grateful to the hospital I attended. A CTPA scan & Doppler ultrasound found a new clot behind my knee and clots in my lungs. I was admitted for 4 days and told to remain in bed. I was given morphine for pain relief and my heart was monitored throughout my time as an inpatient. Consultants spoke of my course of events as a perplexing conundrum. I don’t smoke or drink alcohol and had carefully taken the oral anticoagulant every day.

A respiratory specialist advised me that my general well-being and fitness had saved my life. The question was, had I developed new clots while on Apixaban? Out of precaution, a Haematologist decided to graduate my treatment to heparin. I now inject daily. I wouldn’t have been very comfortable getting injections previously but now inject without issues. Fears subside when it’s something you must do.

I await blood analysis with a Haematologist to determine whether I have an inherited blood clotting disorder. My previous experience of DVT in 2019 helped me remain calm throughout but I have had moments of upset and fear. My GPs have taken no chances, resulting in return trips to the ED with concerns of a brain bleed and another DVT. I have had to park concerns I was putting undue burden on the health system and focus on the fact that I have had a very complex and life-threatening course of events. I’ve also learned the value of character. Those who can truly empathise with the scale of what happened and understand it’s not something someone can bounce back from instantly and that symptoms don’t subside overnight. Despite taking it very slow, I had to go even slower. Small tasks are much more taxing this time and the chest and leg pain has remained much longer than my first experience of DVT.

I am learning to cope with the complications and have been proud of my resilient nature that didn’t become consumed by the difficulties or catastrophise. I’m seeing it as a silver lining of awareness for the future and I’m looking forward to returning to normal when I feel stronger. I’m incredibly thankful to nurses, GPs, emergency department consultants, consultant radiologists and radiographers and my amazing consultant gynaecologist that remained a constant reassurance and trusted voice throughout.

I’ve since linked in with Thrombosis Ireland and can only say positive things about the incredible level of support extended as soon as I contacted.
It’s not a badge of survival any of us wish to hold but sharing experiences is vital alongside an awareness of the symptoms, the risk factors, and the need to act fast if you are ever concerned you may be experiencing a blood clot.